Waltzing with the Recycling Bin on the Driveway 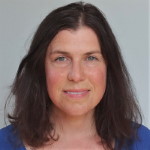 This is a tale of courage and bravery; of one woman versus the elements. It’s also a story of bonding and fellowship between a person and an inanimate object.

The place: our front yard. The time: bin collection morning. The challenge: roll the recycling bin to the edge of the road. To this I shall add that the season is winter, the country is Canada and that the ground is icy.

And so our story begins. I am standing on the front porch, armed with a snow shovel, spearheading a path towards the recycling bin where I shall soon dispose of a few pieces of cardboard. The bin is situated right beside the driveway in what should normally qualify as a lush lawn but nowadays has turned into an ice tundra. My first task, therefore, is to reach the bin intact and on my two feet (rather than find myself stumbling midway or crawling on all four). 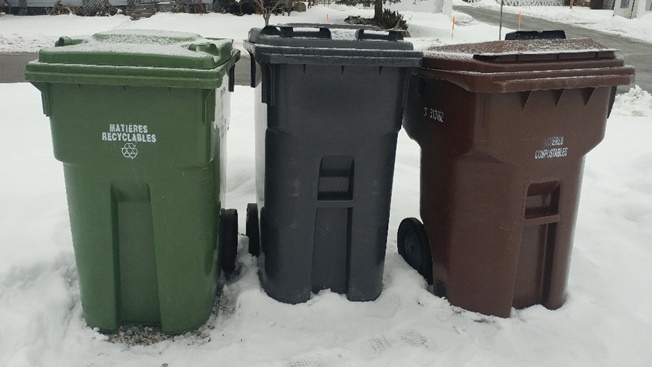 I waddle forward, claiming victory as soon as I arrive at my destination. The bin, however, is stuck in the ice and won’t budge an inch. I push it to the left, yank it to the right, whack it from the front, bash it from behind, and at last it comes free. But then the lid won’t open.

A wrestling match thereby ensues. Bang! Thud! Wham! Clonk! – at the end of which I manage to pry the lid open, only to discover that the bin is full to the brim. This impediment has nothing on my determination, though. I place the cardboard on top of the pile and leap onto the bin. Don’t laugh; there’s a reason. I’m too small. I won’t be able to force the rogue cardboard into the bin any other way. Where was I? Ah, yes, flailing atop the recycling pile. But alas, the bin fights back and I’m being ejected from the pile, losing balance as I land on the frozen ground. I struggle to get up and when I do, I kick the bin. I won’t reveal whether this is accidental or done for good measure, but as a result, the bin starts sliding down the slope, all by itself, heading the wrong way. I charge at it and grip it just in time. Sort of.

In our next scene, I’m skidding down the driveway, careened by the stout bin. From the side it may look as if we’re practicing some figure skating choreography – the bin acting as my partner, swinging me this way and that, wherever it sees fit. I can catch a glimpse of a passerby taking a cell phone out of his pocket and pointing it at me. Oh, no. Is he taking a video? This gives me the shivers. What if this goes viral on Instagram? What if I find myself starring in such dubious titles as ‘A Woman Tangoing with Bin’?

But I have no time to ponder this. My target is now in sight. We’re approaching the road. I clasp the bin with all my might, practically embracing it. The bin finally comes to a halt, but inertia sends me twirling again, and I trip on the wheel, landing head first in a pile of snow.

“I’m ok, I’m ok,” I mutter to no one in particular, wiping the snow off my eyes. A tad giddy, I scramble to my feet and stagger up the driveway to embark on this journey all over again, this time with the compost.

Now, you would think, with all the trials I’ve endured, I probably prefer summer collection, but you couldn’t be farther from the truth. Waltzing with the bin in February is far less dreadful than facing the battalion of maggots springing out of the compost in July. But that is a story for another post.