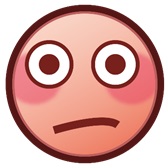 This post turned out to be very different than I had originally intended.

I was going to tell you how I faced one of my worst fears head-on; that is, how I took on public speaking.

The details of my speech are of little importance to this post. Suffice it to say, I had been offered to give a speech at the closing ceremony of our school’s year-end party, and I had accepted the invitation, primarily in order to prove to myself that I could overcome my stage fright.

Now, if everything had gone according to plan, the following paragraph would have been a harrowing depiction of the hardships I had endured before and during my speech, including the lost sleep the night before and the considerable blushing, sweating, and rapid heartbeat during the speech (which all resulted in a mild migraine later that evening).

In short, you were supposed to gasp at my unwavering show of courage, and utter ‘aah’, ‘ooh’ and the occasional ‘wow!’ to express how deeply impressed you are with the courage I had to muster for my public speaking endeavor.

To drive my point home and squeeze some more validation out of the unsuspecting, yet ever so patient reader, I would exclaim ‘I did it!’, or more emphatically: ‘I pushed out of my comfort zones!’, or better yet – a combination of both, adorned with exclamation points, repetitions and superlatives (It always works, check this one out): “I did it!!! I pushed out of my comfort zones!!! Woohoo! I can’t believe I did it!!! Who would have thought I had it in me!!!”

The conclusion to this post would have been as epic as it is obvious: by sheer determination and strength of character I have overcome my stage fright and have become a role model to others!

That would have been an awesome conclusion, of course… if only slightly inaccurate on my part…

You see, the truth of the matter is that although I survived my speech (and yes, I did suffer a mild migraine later that evening), the very next day –and before I even had the chance to congratulate myself on a job excellently done– I experienced a panic attack during our annual PPO meeting, when it was my turn to speak. I could barely finish my first sentence when my heart started pounding too rapidly and my voice trailed off altogether… How embarrassing!

So withhold your applause and judgment, dear reader, for this shy person is still very, very shy. Public speaking, I’m afraid, is still a challenge, and stage fright here to stay.

That, by the way, was my second attempt at public speaking. Read here how I almost fainted in the first one…