Am I Depressing my Rat? 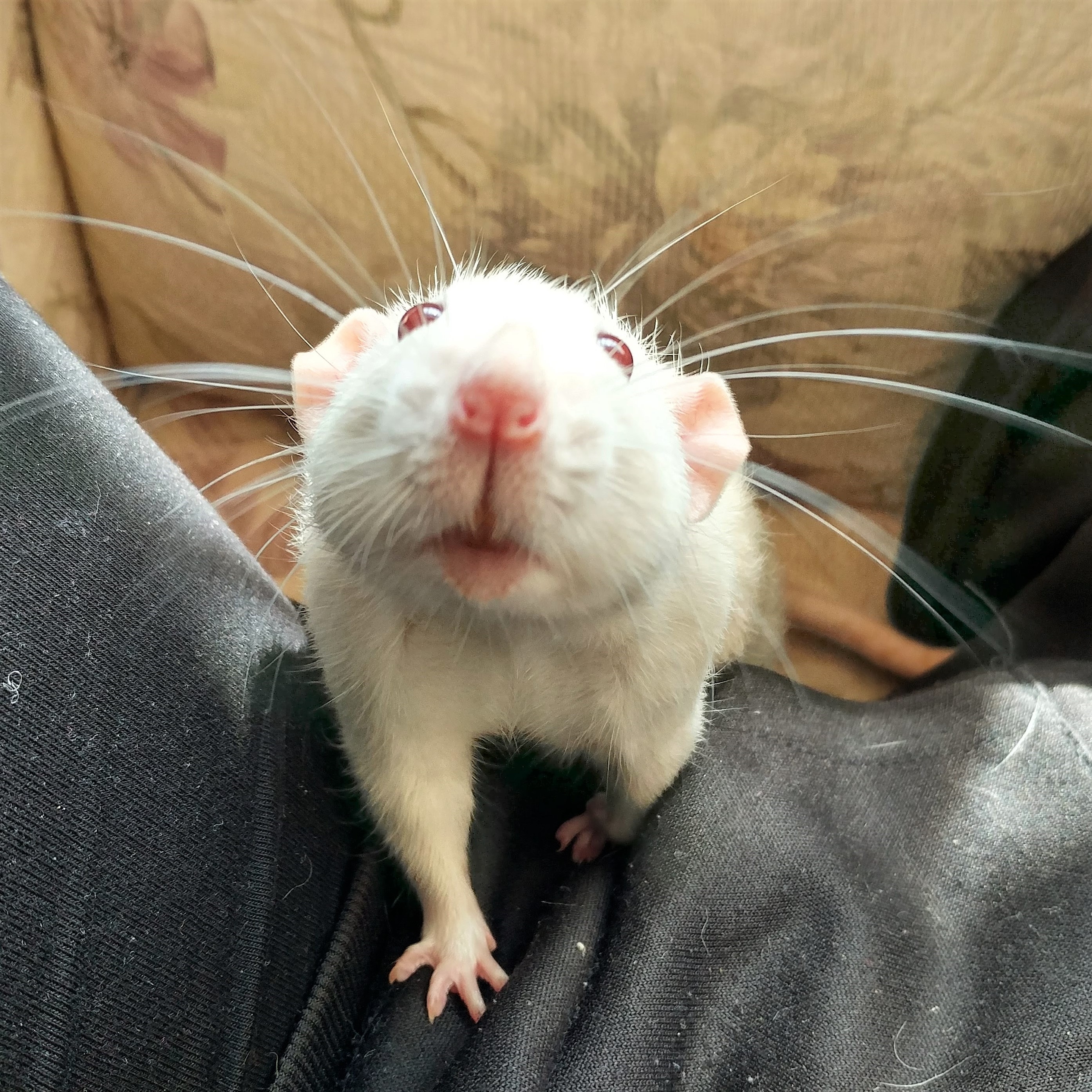 You’re perplexed, I can tell. The title begs some explanation.

Alfredo and his twin brother, Tippex, live happily in a spacious cage in our living room. (Don’t go ‘eeuw!’ How can such a sweet face be resisted?)

Anyway, I just read an article about rats’ mental health in a science magazine. (You’re making a face again, I can see you!) It appears that rats are sensitive to artificial light. Too much exposure to it, and it will mess up their natural cycle and confuse their internal clock, plunging them into a depression-like mood.

Come to think of it, the same has been said about the adverse effect artificial light has on humans (even worse since the advent of screens), so I’m sure we can all relate to the stress our rodent companions might be suffering.

But how can you tell if your rat is depressed?

Good Question. Thing is, rats’ facial expression is that of utter and permanent bewilderment. That’s just how their face is, and it never really changes, regardless of their mood, so we have to look for clues in their behavior.

A simple experiment of switching off the lights and watching the rats’ reaction can tell us a lot about their psyche. After conducting such an experiment here, I’ve not only learned about their preference for the shadows, but also reached the conclusion that rats’ well-being is sometimes at odds with their owners’.

You see, my desk is situated right beside the rats’ cage, and I do, alas, tend to work in the evenings, lights on, and all.

A family council was therefore summoned to discuss the matter at hand. It was decided, by popular vote of six to one, and despite my protests, that the chandelier beside my desk remain unlit during the evenings. (Those six, in case you wonder, were comprised of daddy, three siblings, and two rats.)

I’m a bit in the dark as to how I’m supposed to keep working, but it has been clarified to me, beyond any doubt, that the rats’ mental stability is not up for debate. I’ve inflicted enough irreversible distress on them during all those evenings where I had selfishly chosen to work with the lights on; and quite frankly, the rats have had enough.

In addition, I have been warned that an inspection crew would later be sent to monitor my compliance with the new rule.

And then it went black.

In the dim living room, two now-cheerful rats peered out of their hammock (you’re making a face again) and then went dashing around the cage: one parkouring up and down the bars, the other sprinting on the training wheel. Their merriment and glee could hardly be contained. They made so much noise, in fact, that we couldn’t hear the TV. This, in return, has caused considerable irritation within the humans in the house.

After ten minutes of the rats’ joy-of-living impeding on the humans’, it was decided that the frolicking rats should be sedated, by means of turning the lights back on.

But what about their mental stability? I asked sheepishly.

Too late. The lights on my chandelier were back on in no time, upon which the melancholy rodents retreated back into their hammock.

I’m not too worried about them, though. At night, after we’ll have gone to bed, that’s when they’ll have a real party. And it will have all the elements a rat can possibly dream of: darkness aplenty and no humans in sight!