A Place by the Low Sun 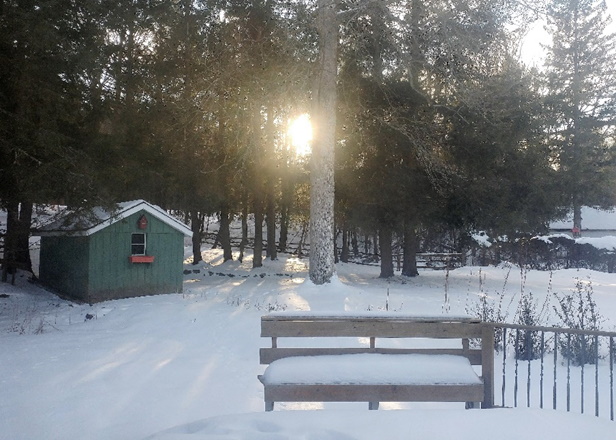 One clear winter morning, not long after we moved to a small town in Canada, I noticed how low the sun hung in the sky. It wasn’t anything unusual in this part of the world, but to my southerner’s eyes, accustomed to vigorous sunshine even in winter, it looked odd, the light it projected somewhat anemic.

It’s not often that we gain a new perspective on something we’ve always thought of as trivial, such as sunlight, but on that chilly February day, as I was contemplating the sky, I had a glimpse of the intimate connection between geography and mood, a link I had not given much thought to before.

But the thoughts that popped into my mind were not of cold-climate melancholy, but rather of the wrath of the unforgiving southern sun, by contrast. That too, affected one’s well-being, as I had known only too well. If a long icy winter made you withdrawn, an unrelenting summer made you stressed out.

I come from a place where the summers are scorching and winters are balmy and short. From May through October the rivers are dry, the meadows are barren, the lawns brown and thorny. Water rationing had been part of life down there, long before climate change was even a thing. During the summer I’d use greywater gathered in the kitchen sink to water the plants on the porch. If you had a pool in your yard, you wouldn’t fill it up during times of water shortage or would need to ship in seawater instead.

So when I came to the North, so abundant with water in all its forms – snow, slush, rivers, sleet, ice, lakes, drizzle – I experienced a profound sense of relief. To this day I get excited by skating rinks, snowmen and snow castles because they’re all made of water.

I’d choose the occasional stepping in puddles – however unpleasant the damp socks may feel – over the realities of drought. I know too, that our lush vivid lawn, if not for the rain, would be arid as well.

A fuller picture presented itself that day as I was standing in the snow in our backyard watching the horizon. There was a bright side to that pale Nordic sun, and it manifested itself right under my feet; white, frozen, and full of water. It was a reassuring thought.