Here’s to Health and Flavor!

Throughout history, humans have instinctively known that our health depends on salt. Even one of our taste buds is a receptor for salt. Salt brings out the flavor and the sweetness in the foods we eat.

Modern geology has shown that there is almost no place on earth without salt. Historically salt was a very valuable commodity, and in fact it represented great wealth.  In some areas where salt was scarce, gold was used to buy salt!

Salt was often taxed as a way to support empires and to create monopolies. France's long-despised tax on salt, under the rule of Louis XVI, is believed by some historians to have brought about the French Revolution. It is said that more wars have been fought in history over salt than over gold!

Coins of salt were used as currency for the early Chinese, and early European currency consisted of cakes of salt.  In ancient Rome, soldiers were paid in salt; a salarium, or "salary".

Can you just imagine on payday you head into town to spend your hard earned salt, when out of nowhere comes a heavy downpour and totally dissolves a week’s worth of wages?

Salt in the Bible and in folklore

Judeo-Christian traditions considered salt a purifier, and the symbol of the eternal nature of God’s covenant with Israel. There are more than 30 references to salt in the Old and New Testaments of the Bible.  A familiar Old Testament reference is Lot’s wife who was turned into a pillar of salt.

In the Sermon on the Mount, Jesus proclaimed “ye are the salt of the earth”.

Through the ages, people have told and retold stories that revolved around and romanticized salt.  Here are two such stories . . .

In some parts of Sweden, families of unmarried girls would make them “a dream porridge,” that was made in silence and heavily salted.  The custom was that the girl would eat this salty food and then go to sleep without drinking anything.  As she slept, her future husband would come to her in a dream and give her water to quench her thirst.

No data is available on the success rate for finding a mate with this method . . .

Variations of this story have been passed down over the years in several countries:

A king once asked his daughter how dear he was to her. “As dear, as dear – as salt!” she said. The king was very dissatisfied with his child’s answer, thinking she did not love him enough.

Not long after this, the king held a great feast.  His daughter saw to it that every dish was brought to the table unsalted, and thus nothing tasted good to the king, or to his guests. When he understood what had happened, he recognized the full importance  of salt, and realized the truth of his daughter’s response.  Thus he loved her again as dearly as before.

In early history much of the salt was found near bodies of water. Later salt was mined.Probably one of the most fascinating histories of salt is the Wieliczka Salt Mine in southern Poland. Built in the 13th century, the mine has produced table salt until just a few years ago, when it was closed to commercial mining.

However the “Underground Salt Cathedral of Poland” is now open to the public. The 3-hour tour starts at the bottom of a 320-step stairway. Over one million visitors a year view the amazing sculptures, statues, and an entire chapel – all created from the mine’s salt. Through a special process of dissolving, then reconstituting rock salt, clear glass-like crystals are then carved for the chandeliers in the chapel. 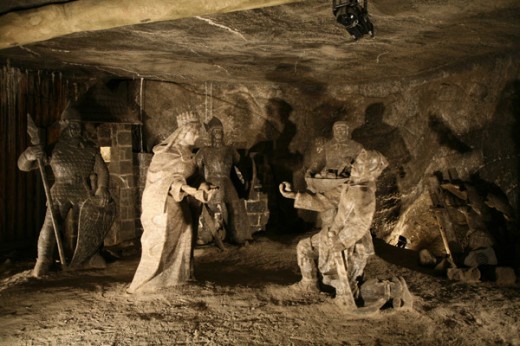 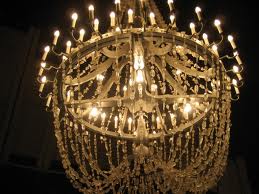 During the Middle Ages, meat and fish were preserved for the winter using salt, by brine curing - soaking the meat in a very thick saline bath – or dry salting, where the meat was buried in salt. The meat then needed to be rinsed many times to help reduce the salty flavor, and often sauces and spices were added to disguise the salty taste.

We now know that fermenting foods with salt is a natural way to prevent spoilage of food. Fermentation with salt also helps generate the beneficial bacteria that reinforce our intestinal flora, enhance our digestive processes, and help our bodies absorb the nutrients contained in our food.

Disclaimer: These statements have not been evaluated by the Food and Drug Administration. These products are not intended to diagnose, treat, cure, or prevent any disease.

Information provided in this article is not designed to and does not provide medical advice, professional diagnosis, opinion, treatment, or services to you or to any other individual. This is general information for educational purposes only. The information provided is not a substitute for medical or professional care, and you should not use the information in place of a visit, call, consultation, or the advice of your physician or other healthcare provider. Wise Choice Marketing Inc is not liable or responsible for any advice, course of treatment, diagnosis, or any other information, services, or product you obtain through Wise Choice Marketing Inc.