What is BPA and How Does it Affect You? 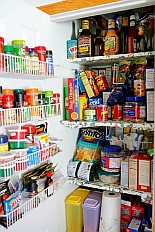 Bisphenol A, or BPA, is a synthetic chemical compound that is commonly used, along with other materials, to make plastics and epoxy resins. BPA has been used in food packaging for over 40 years.

BPA-based polycarbonate (PC) plastic is hard and clear. Containers marked #7 on the bottom are made of PC plastic. It is most often found in sports water bottles and until recently, baby bottles and sippy cups. Epoxy resin has been used as a can lining in almost all food and beverage cans.

BPA is integral to modern life

PC plastic is useful for its hardness and is often shatter-proof. BPA in epoxy resins and PC plastic play a part in many consumer products. A few of these are: CDs, medical devices, sports equipment, bicycle helmets, and eye glass lenses.

BPA has been used as an ‘inert’ ingredient in fungicides and flame retardants. Other uses of BPA’s strength characteristics are nail polish, floorings, electronics, and of course, automobile parts.

Sounds wonderful right? Or maybe not . . .

As it turns out, BPA mimics the hormone estrogen. The British chemist, Charles Edward Dodds, recognized BPA as an artificial estrogen in the 1930s.

BPA is known as an endocrine (or hormone) disrupting chemical. The endocrine system is a network of finely tuned glands and hormones that involve the reproductive system and other delicate systems. Disruption can interfere with the endocrine system function by blocking, duplicating or exaggerating hormonal response in both males and females.

Of particular concern for parents is the endocrine-disrupting exposure to children. Baby bottles and sippy cups have contained BPA since the 1960s.

As early as 2010 the European Union, Canada and other countries had banned BPA’s use in baby bottles. Due to consumer pressure in the U.S., the baby bottle industry discontinued using BPA in bottles and sippy cups. The industry then put pressure on the FDA to ban BPA in an effort to assure consumers that all is well.

The FDA ban on BPA for these products took effect in July 2012.

However, yet another less known BPA exposure is a plastic coating for children’s teeth to prevent cavities!

Animal research has shown potential concerns about BPA exposure that may lead to health problems such as reproductive disorders, diabetes and heart disease. On the other hand, the FDA does not suggest that the low exposure levels of BPA from our diets are unsafe.

Researcher David Melzer, MD, PhD says: "What we know is, it's absorbed from the gut and processed in the liver. How much goes through the liver without being processed is a matter of controversy. It seems to circulate in the blood and get into tissues."

The chemical release and subsequent exposure of BPA in food, beverages, and in the environment is caused when the ester bond that links BPA molecules undergoes hydrolysis (reacts with water). According to the Centers for Disease Control and Prevention, BPA has been detected in more than 93 percent of Americans!

What about the effects on our environment?

BPA is one of the highest-volume chemicals used worldwide. Just to give you an idea of the widespread use of BPA in plastics, resin-lined food cans, etc., over 6 billion pounds of BPA was used in 2003 alone! 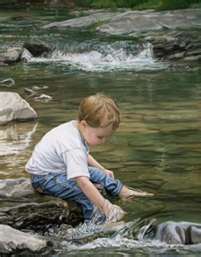 and estuaries, anywhere from 5 to over 1900 nanograms (one billionth of a gram) per liter.

BPA does not readily degrade in the environment under normal conditions. This makes BPA contamination widespread.

What about BPA labeling laws?

Bisphenol A is a fundamental building block of the multi-billion dollar plastics industry. So BPA isn’t going to disappear anytime soon.

The Food and Drug Administration (FDA), the Environmental Protection Agency (EPA), and the Occupational Safety and Health Administration (OSHA) are the federal agencies best situated to tackle BPA risk assessment and risk management.

Together they are coming up with a two-phase approach to BPA regulation. Phase one should include early warnings for the public and stricter guidance for industry. Phase two should include long-term regulatory controls, standards and protections.

All the packaging used for Caldwell’s raw cultured vegetables is certified BPA-free. This is clearly stated on Caldwell’s product labels.

Want to learn more about BPA? Here is a timeline resource for in-depth reading:Timeline: BPA from Invention to Phase-Out

Disclaimer: These statements have not been evaluated by the Food and Drug Administration. These products are not intended to diagnose, treat, cure, or prevent any disease.

Information provided in this article is not designed to and does not provide medical advice, professional diagnosis, opinion, treatment, or services to you or to any other individual. This is general information for educational purposes only. The information provided is not a substitute for medical or professional care, and you should not use the information in place of a visit, call, consultation, or the advice of your physician or other healthcare provider. Wise Choice Marketing Inc is not liable or responsible for any advice, course of treatment, diagnosis, or any other information, services, or product you obtain through Wise Choice Marketing Inc.